Home » Aerosmith and the art of cool 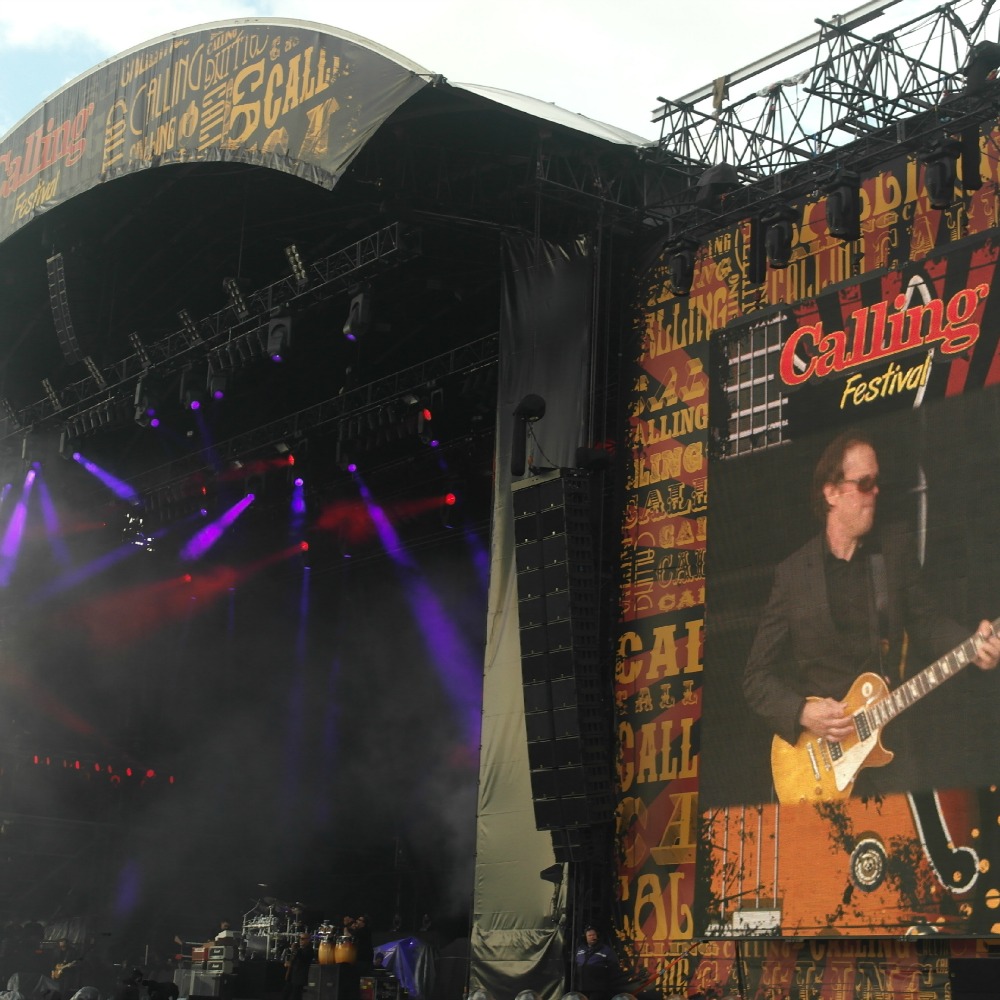 Suffice to say I am not a cool mum.   I don’t try and be and my teens would soon slap me if I did.   I don’t have the latest designer sunglasses, drive a car that turns heads, have the right jeans and don’t hang out in trendy well known bars.    But that’s fine.  Cool even.   What I can do is sometimes make it look as though I’m alright as mums go.  And hell, how many of us are happy to settle for that at least?

Sometimes I come up with something that makes them think “yeah, she’ll do”.    Generally thanks to this blog by way of a product they swipe, or tickets to something.

As happened last night.   We were asked on Thursday if we would like tickets for the Calling Festival in London this weekend.   Headline acts include Stevie Wonder tonight, and Aerosmith last night.   I hadnt even finished reading the email out to Mr B when he was saying “yes yes yes”.    All other plans to do things around the house, dumped, instantly.

I asked the two teens at home if they fancied seeing Aerosmith.  J said “no thanks” and E was a tad excited as she is a huge fan, as is her best friend, another E.   The other E had been trying to get tickets but they were too expensive so when my E said “fancy seeing Aerosmith on Saturday night.  For free….”   well you can imagine the teenage joy.

This elevated me to quite useful.   And possibly even cool, that I had managed to arrange  for two rock chick super fans to see one of their favourite bands.

What it didn’t do though was make me cool enough to hang around with once we were in.  Hell no.  That would mean witnessing me dancing and asking “mother are you drunk?”.    That is the natural conclusion when I dance, that I must be hammered, not that I might just be enjoying myself.   Sod ’em.   Two can play at that game, Sunshine.   So this time as we arrived I gave them £30 and say “we will meet you back here later” and wandered off in the direction of  a bar with coir matting and TV screens showing the football. 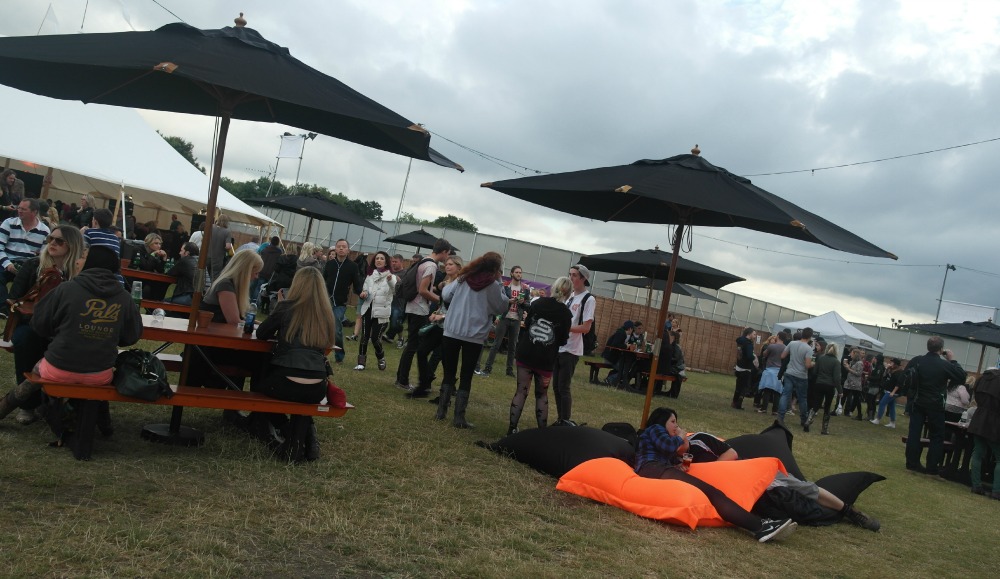 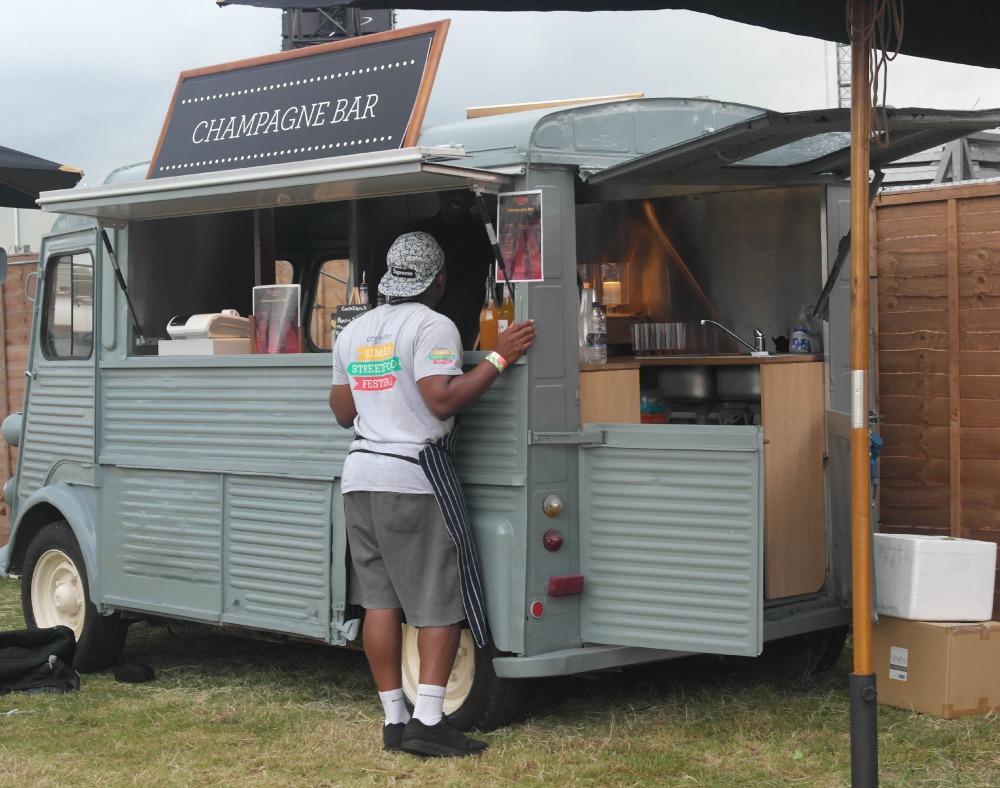 You see dear reader I have decided that the only way to do festivals is your own way.  And I don’t do grot.   In fact at 10pm I proclaimed

Our experience of Reading Festival a few years ago and the hiring of a camper van so i could have my own loo is the stuff of legend now so whilst I am not a Festival virgin, I do like to do things my way.    And that involves a blanket, space, a Champagne van on the horizon and no grot.    E hadn’t been too well this week and needed to take things a bit slowly so this was pretty perfect for her too.   Until Aerosmith came on and both Es  were right down the front in the thick of the action, as Mr B and friends of ours were on the sidelines doing the embarrassing dancing.

Aerosmith of course smashed it.   Belting out the hits, Love in an Elevator, Walk this Way, Don’t wanna miss a Thing, Crazy, the crowd loved every second of it.    It was an amazing set.   Jon Bonamassa and Richie Sambora (amongst others) had kept the crowd entered throughout the afternoon and had totally nailed it.   If rock music is your thing and you don’t want a three day mudfest, then Calling Festival really is the one for you.

I am pretty sure it used to be Hyde Park Calling before they changed venue and we took my Dad to see The Who there a few years ago.   It was a great festival back then, and it still is, though is now on Clapham Common.

Facilities were great, crowd control superb, loads of bars and food places, it was my kinda gig.

And a great taster for Camp Bestival and Big Feastival that we are also going to later this summer.

Oh and a second night at Calling Festival tonight when we go back to see Stevie Wonder.

Have you ever read a book that has really got unde