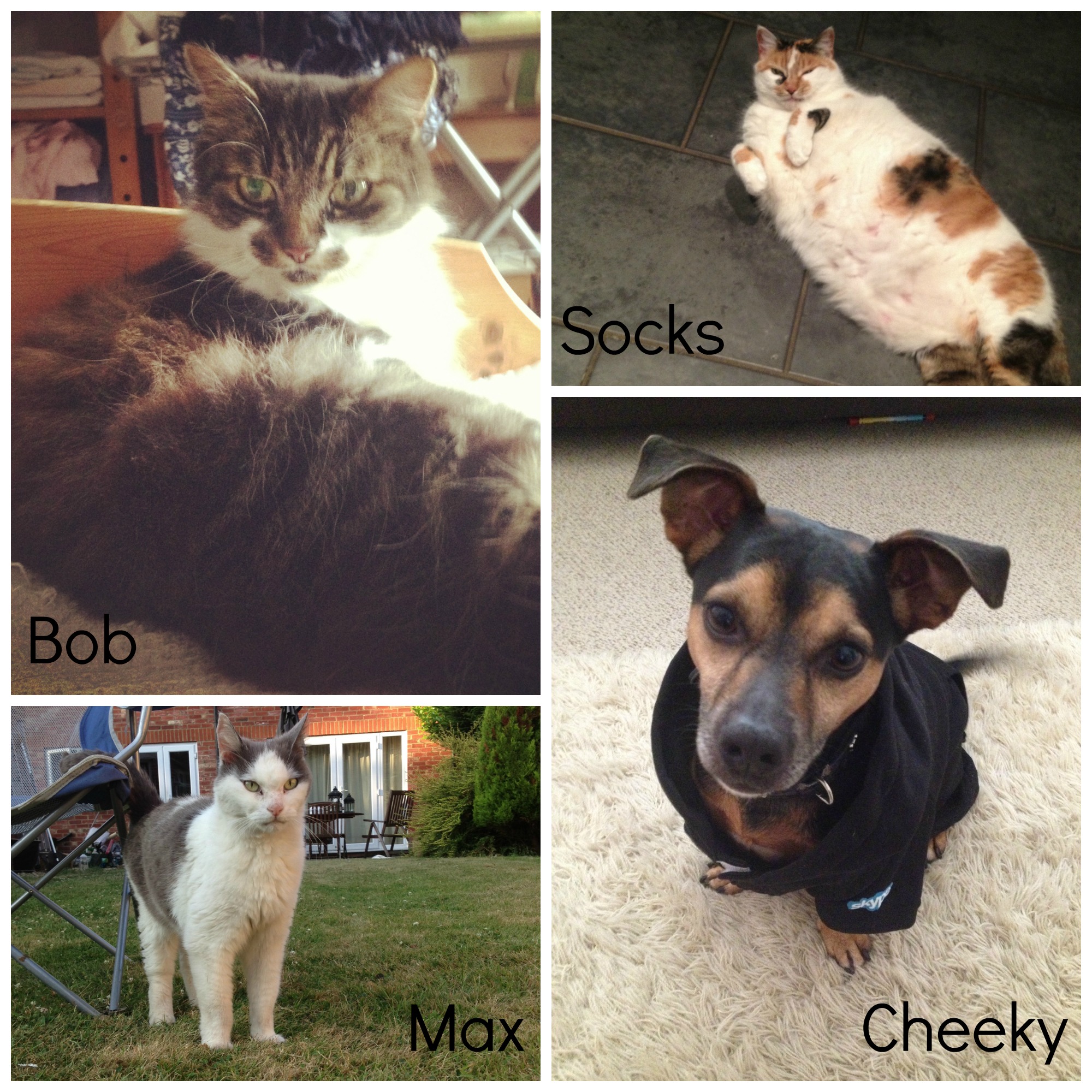 As a dog lover I wondered when Tara would get around to this category!

Pets on The Gallery this week and if I have one photo of our pets, well I have hundreds.   Despite the fact I lost a load of photos when my BlackBerry died recently I still have a gazillion of them.

We have a dog and two and a half cats.   Well we don’t actually have half a cat.   That would be messy.  And icky.   We have an adopted stray who just appeared in our garden about three years and has never really gone.   My friend Mrs Cooke ( a teacher so always Mrs Cooke, never just Jo) coined the phrase “Six Dinners Sid” claiming he probably eats at lots of other houses but nobody is daft enough to let him sleep in their garage.    He doenst come in, unless it is minus 20 so we feed him on the patio.

So the line up of our menagerie is as follows

I got Bob around the same time I met Mr B and I emailed him to ask his advice re getting her (Yes, Bob is a girl.  Duh)

A friend has some kittens she wants to find homes for

I am sure they are

All kittens do, T

Yes but this one is called Bob

She is being dropped off at 8.30pm

And so Bob arrived.   Spent two days hidden behind the fridge and as still with us, nine-ish years later.

Is one of Bob’s only litter of kittens.  Socks is rarely known as that.  She is generally known as “Fat Cat” or “Tank”.   And at the last count weighed 19lbs.

We know she is a Six Dinners Sid (actually so is Bob who was once known to climb our neighbour’s scaffolding and help her self to their bed) as she has been found in the house four doors up from where I had to rescue her one day when she wasnt feeling very well.   “Oh yes, she often comes to us for her dinner.  Oh and by the way my name is Paul, nice to meet you”).   And every night hangs out around next door’s guinea pig hutch where she is kindly given a handful of guinea pig food.

Is our adopted cat.   We named him that.   His full name is Maximillian Puss Cattus.  The third.

And then there is our little Cheeky Boy.  And no, I don’t mean Bruce.   Cheeky came to us a couple of years ago from a friend of a friend who’s circumstances were changing and keeping a dog would have been tricky.

Cheeky is about as bonkers as we are.

The laptop lid slamming is his signal to go out for a walk.  or as he knows it “a wees and poos” or even “a keys and shoes”.

Since Mr B is a mad keen Man City supported I taught the dog the command for going out for a poo was any one of the City players names.   Adebayor is a bit of a mouthful though.