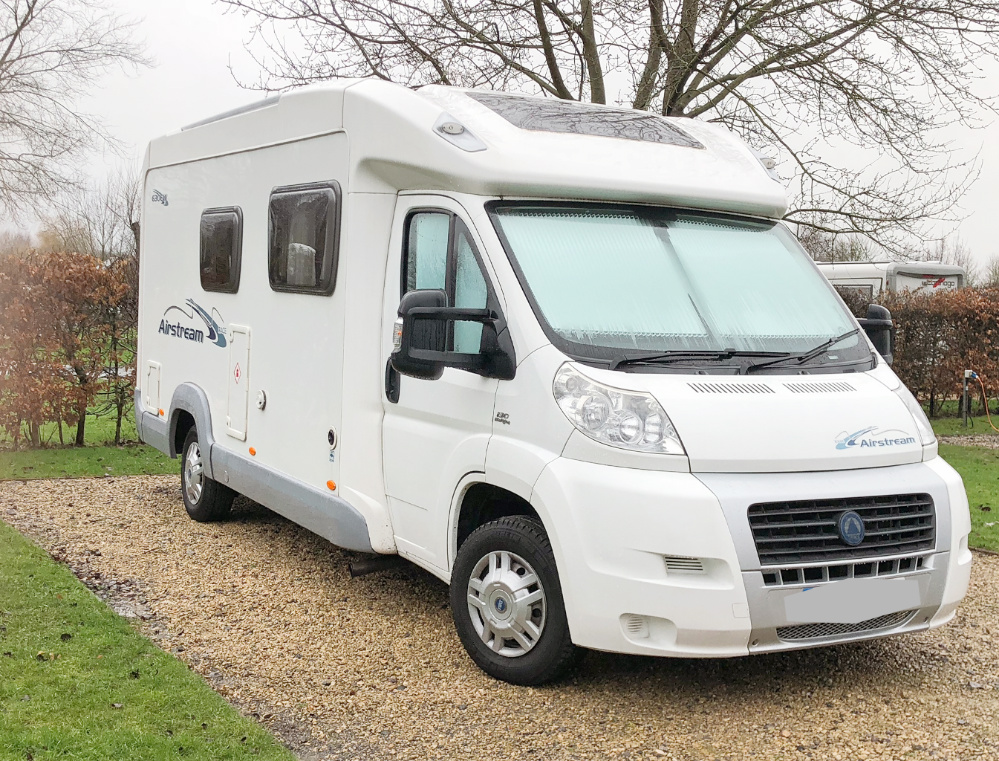 Just before Christmas Martin, a friend of ours, happened to post on Instagram that the car dealership he runs had taken in a motorhome in part exchange for a family hatchback.   Apparently it was in amazing order, and the current owner had only had it for a year but a change in circumstances meant they had needed to sell it before undertaking any of their planned trips.   I showed the pic to Bruce on Instagram and jokingly asked if we could buy it.

Then promptly forgot about it.

Until Martin again listed it on Instagram and said there was a price drop now.  We decided to go and see it, on a whim, on Christmas Eve Eve.   Because there was nothing else that needed doing was there?!

The minute I saw it I was in love.  I had planned doing the Isle of Wight Festival this year, Glastonbury next year and various weekends away in between.   With some longer european road trips thrown in for good measure.

Except another couple appeared and also started looking around it.  I may have done my best Paddington Bear stare at them.

Or maybe it was to Mr B.  As half an hour later he had shaken hands on a deal and paid the deposit.

Betty the Bus was coming home with us.

I have always loved camping but I can’t deal with the communal loo and shower situation.    Especially at Festivals.  When we went to Reading Festival about eight years ago we drove to Shropshire (just a six hour round trip) to hire a camper van so we could have our own loo and shower for the weekend.   And so I could watch most of the headline acts on BBC because, truth is, I don’t really like huge crowds in muddy fields either.  But I do love the idea of packing up on a Friday night and just going off for the weekend. 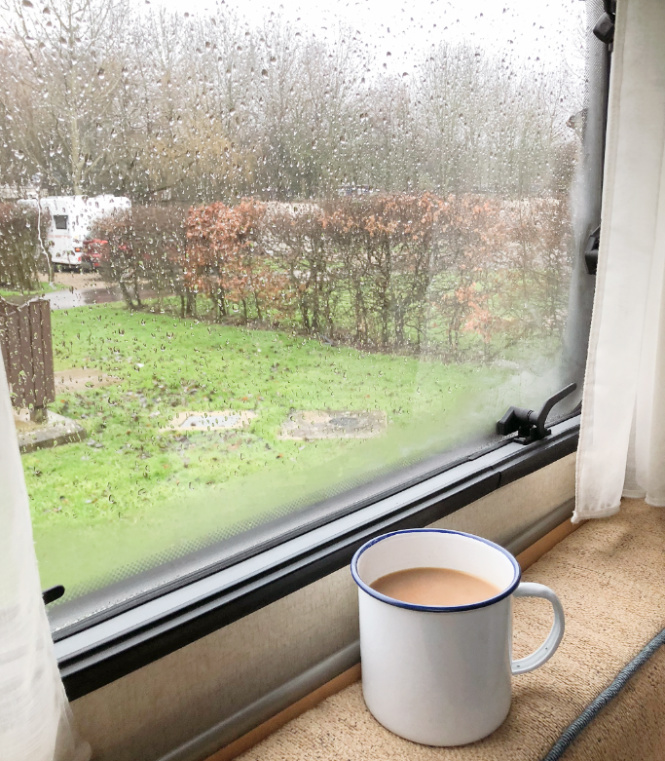 Exploring a different part of the country and being able to get up and have a cup of tea in a field whilst planning the day ahead.   And if that day ends up being a rainy one, well you can sit inside and read a book before either cooking dinner or wandering off to the nearest pub.

Last weekend, in amongst all the family chaos we did manage to sneak off for two nights.  We had no idea how anything worked, and couldn’t get the gas connected so were restricted to one electric ring on the hob, but it didn’t matter.   We had half a tank of water (a hose fail meant we couldn’t fill up the 90L tank but half was more than enough), and the loo worked too!

We were warm (in fact too warm at 2am despite it only being 4 degrees outside), just an hour and a half away from home but exploring a town we hadn’t been to before.  There were plans to walk along the canal and check out the locks but, well, our weekend got cut short sadly.

We don’t really have any idea about the ins and outs of owning a motorhome.  Of the kit we need, tips for campsites etc so if you have any, we would love to hear them please.  We have been told of some Facebook groups, which I have promptly joined (along with the Camping and Caravaning Club) but we don’t really want to look like the newbies for too long so are keen to hear get all the advice we can.

Probably starting with how to lock it whilst inside without setting off the alarms.