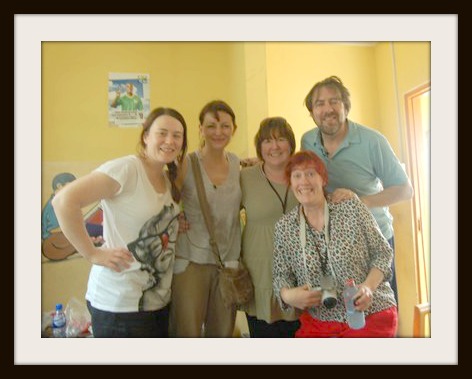 If I had started my blog in 2008 then I would have been ranting about this back then.   How stupid Twitter was.  How pointless.   How Jonathan Ross had ignored me and therefore Twitter was useless.   How I was kicking the internet and walking off in a strop.

I joined Twitter on January 6th, 2009.   So pretty much four years ago.   I joined because people seemed to be talking about it, and you know me, I don’t like being out of a loop.

So I joined.  And then thought “hmmm, what now”.   I had heard that Jonathan Ross and Stephen Fry gave good Tweet.  So I followed them.  And said hello to them.    And waited for them to follow me back and reply.

For surely they would, right?

No.  Of course they didn’t.

Why the heck would they?

But I waited about three months and then thought “this is stupid.  Twitter is rubbish”.   And left.

Until about August 2010.  And then I got back into it and fell in love with it.    Clearly.   I now follow over 3000 people and have almost 5000 following me.   I have sent an obscene amount of Tweets.  And now I get Twitter.  I see how fast a timeline can move and with three million followers I understand just why Jonathan didn’t reply.

Fast forward four years to this week when I bumped into him at Heathrow.   Not just into him in passing but as he said “ah hello mummy bloggers” at the departure gate.   He knew I was part of Team Honk and was flying out to Ghana with him.   We walked to the gate grumbling about how early the start had been for a Sunday.   We were stayed at the same hotel.   We chatted and drank tea together on Tuesday.     He signed a T shirt for me.

He couldn’t have been more lovely.

So it felt right that I thank him on Twitter.

And then he replied:

and I did a little scream

It is Ranty Friday.   Rant, link up below and go see other people’s rants!