When asked by a group of bloggers at Britmums how you get into travel writing, Simon Calder, Travel Editor for the Independent replied:

Start in your own back yard

In our “back yard” is Fleet Pond.  Just half a mile from our front door it is the largest freshwater lake in Hampshire, covering 52 acres.   The total area of the nature reserve that it is in though is over 118 acres and it has been deemed a “site of special scientific interest” since the fifties.   And we can walk to it in less than ten minutes.   Yet we rarely do.

Which is a shame really because it has been there since the 1200s when local monks used to fish on it.    By the 1500s the Prior of Winchester was leasing it to a tenant farmer for a rent that included the supply “of a hundred of the fishes, pike, tenches, perches, bream and roaches, to be carried and delivered (to Winchester) in a good and fresh state”. 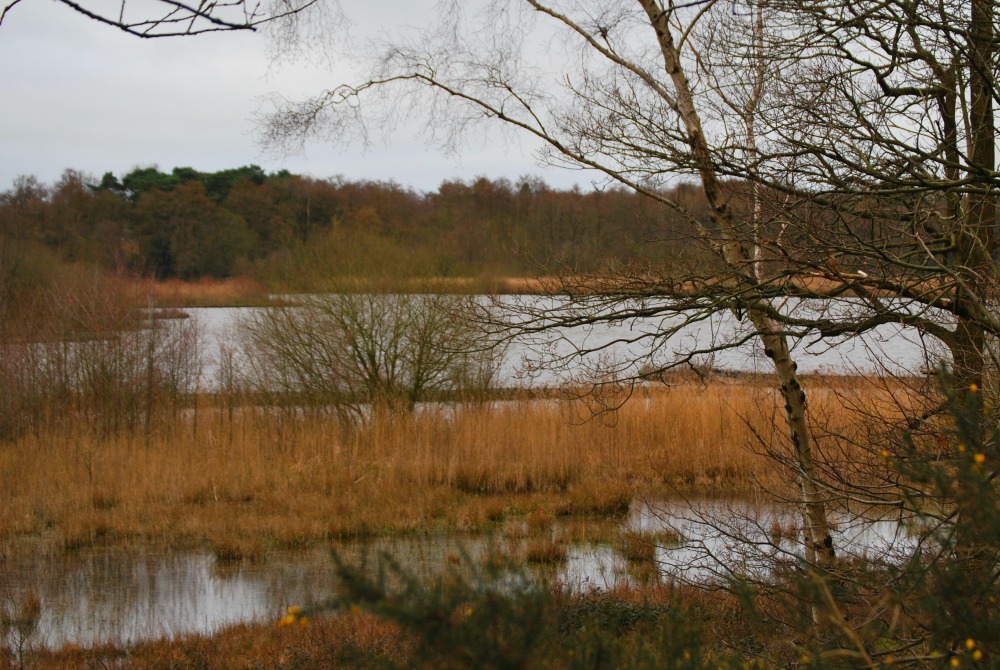 In 1836 it was bought for £50 by the London and Southampton Railway Company and realising that it had potential as a place for people to visit and picnic they build a station called “Fleet Pond Halt” so people in London could come and picnic for the day.   Though possibly not on tables as fabulous as you might find today. 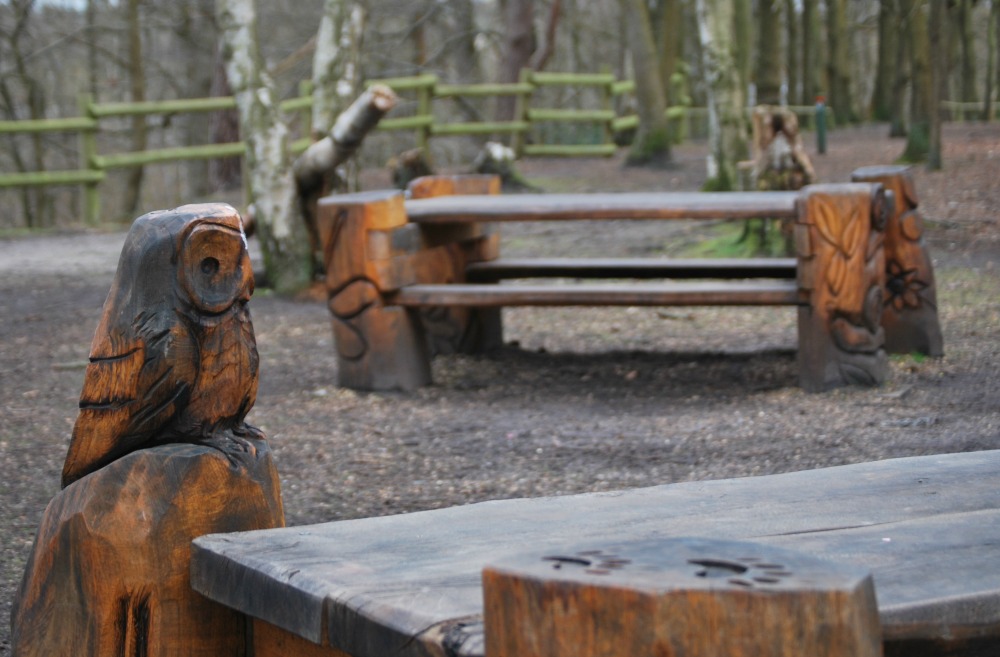 In 1854, large areas of land around Aldershot were acquired for military training and that included Fleet Pond.

(I’ve massively saturated the colour on this as I took it on my phone and it wasn’t so easy to read the text so I hope it helps, though it does now look slightly odd!)

As part of their training, the Royal Engineers built Fir Tree Island, a long T-shaped jetty on the eastern side, and a large bridge that crossed the pond.

In 1905, the Royal Aircraft Establishment (RAE) was founded in Farnborough and in 1912 Geoffrey de Havilland conducted floatplane trials on Fleet Pond.

Early in the Second World War, the Pond was drained and the land planted with willows, as it was feared this large body of water would provide a navigation feature for the Luftwaffe who planned to bomb Farnborough Airfield. In 1947, the Pond was refilled and reeds were planted

So it’s much more than just a pond (and whilst being the largest freshwater lake it is not called a lake because lakes are natural whilst Fleet Pond was man-made when a watercourse was damned, thereby creating this body of water). 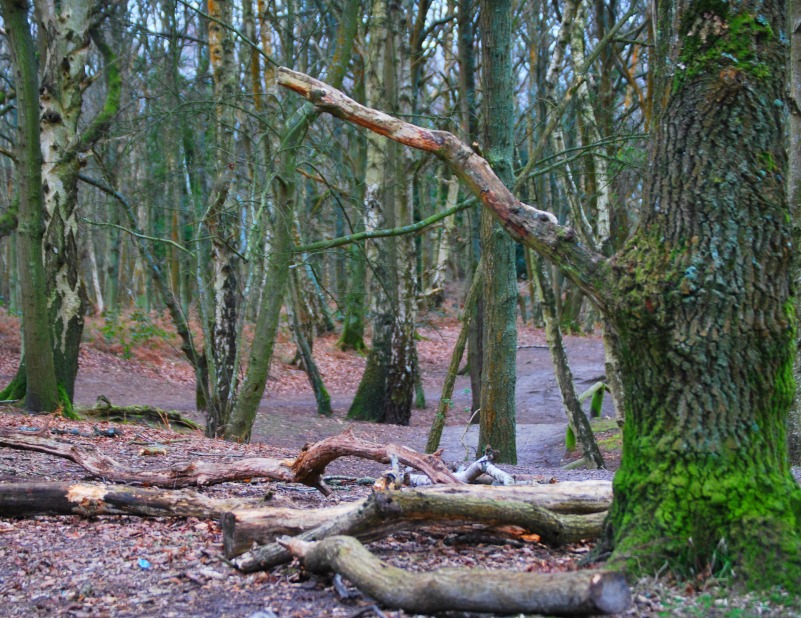 Last Sunday we tried to redress the balance of our lack of visits and went for a wander, cameras in hand.  The weather was not on our side given it was 8am so whilst it was dry the light was pretty rubbish for photos.  It was a pleasant way to spend an hour though and given the number of people we met strolling, dog walking and jogging others think the same.

Even after all the rain we have had recently it was still easy to walk around the designated paths, and there are quite a few routes to choose from, all clearly signed.

On the way back to the car I spotted some fungus growing on a tree and I am quite chuffed with how this picture came out.   I had my 55-200 lens on the camera, the one I never use but had put on so I could photograph lowing flying geese.   Which of course didn’t appear whilst we spent twenty minutes staring at the main pond.   They did of course oblige when we had walked off and found this tree.

And this squirrel who was more than happy to pose for us. 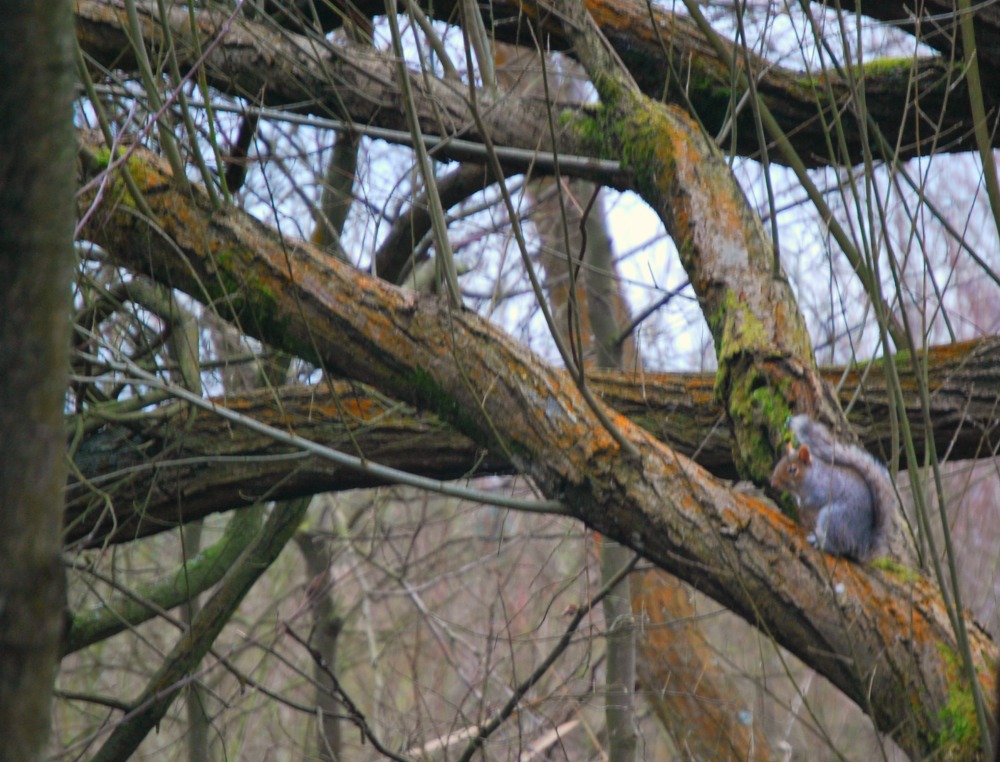 I had to keep reminding myself as I walked back to the car that this is on our doorstep and that in the ten years we have lived here we have only been a handful of times.    I am vowing to put that right this spring.   If only to take more pictures like this one: