In these times of instant updates and reaction on social media sites, is silence from a corporate PR department golden?

There is an interesting article in this week’s Radio Times by Justin Webb.   He suggests that being open is easier said than done and

…is it possble that the smart response to the public is sometimes, still, silence?

He gives an example of a Quantas social media campaign to improve their image after a strike.   A prize was offered for people who “named their dream luxury flight experience”.     They got bombarded instead by people who wanted to stick two fingers up to them as a company and didn’t want the prize.   A massive fail.

McDonalds this week ran a similar  Twitter campaign trying to promote their commitment to fresh produce from wholesome farmers.   So they started the #MeetTheFarmers hashtag.

If you don’t tweet a # is something that Tweeters add to Tweet and then other Tweeters can click on this and see what everybody is saying about that topic.

That was fine until they then changed the # to #McDStories and then the # got hijacked.     Tweeters started using it to tell their own stories of food poisoning / losing weight when no longer working there / fingernails in food.

It then went viral and is viewed as a huge PR fail.  Particuarly then when McDonalds fell silent. 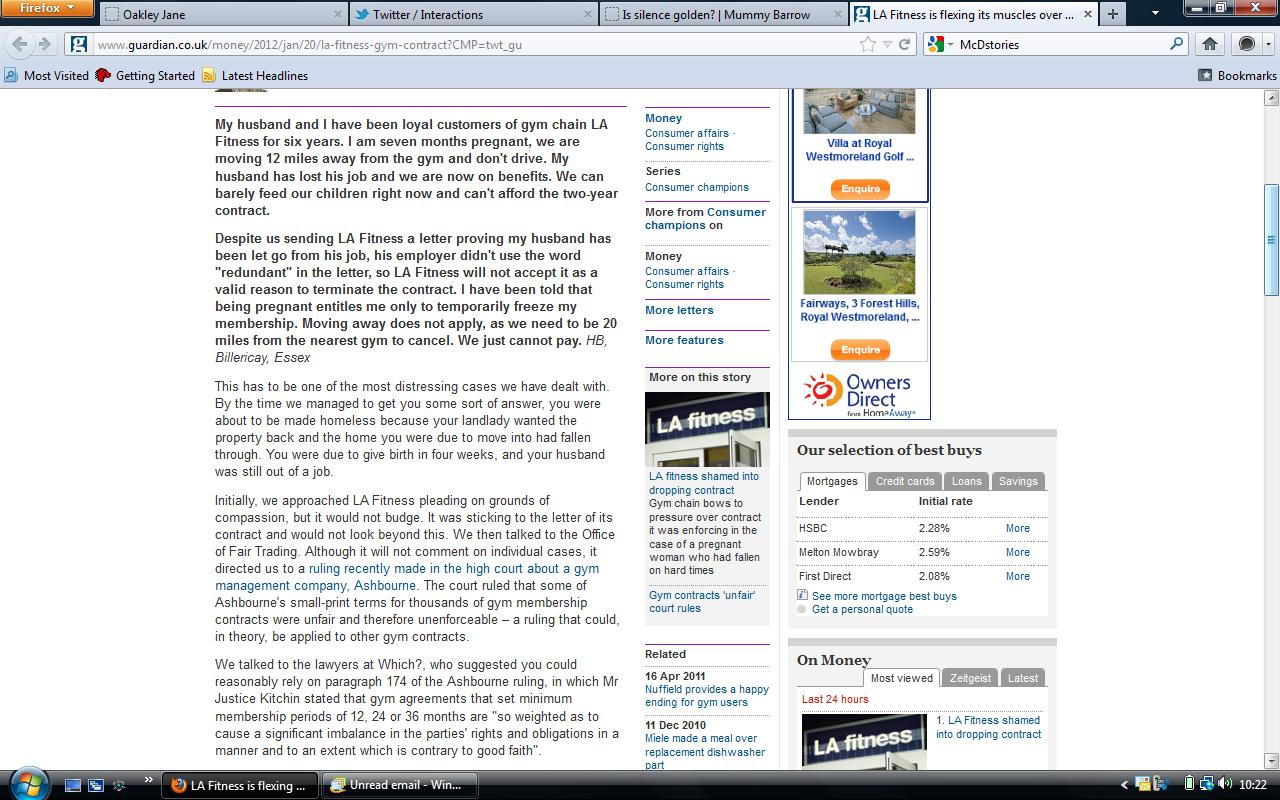 Within 20 minutes this story had gone viral due to Tweeters outraged at the stance of this gym chain.

What was the response from LA Fitness?  “No Comment”.   And then seven hours later they Tweeted this:

We would never wish to cause distress to any of our members & offer a wide variety of contract terms which are explained fully on joining.

Seven hours of silence as this story had gone worldwide and this is the response?

When will companies realise they cannot allow this to happen?  They cannot be silent anymore.  They cannot run the risk of saying nothing as their company’s reputation is destroyed in minutes.

Companies really do need to wake up and realise that they cannot allow this to happen.  They need to react and respond appropriately.

Silence is not golden anymore.