Home » Suffice to say I will never be a supermodel 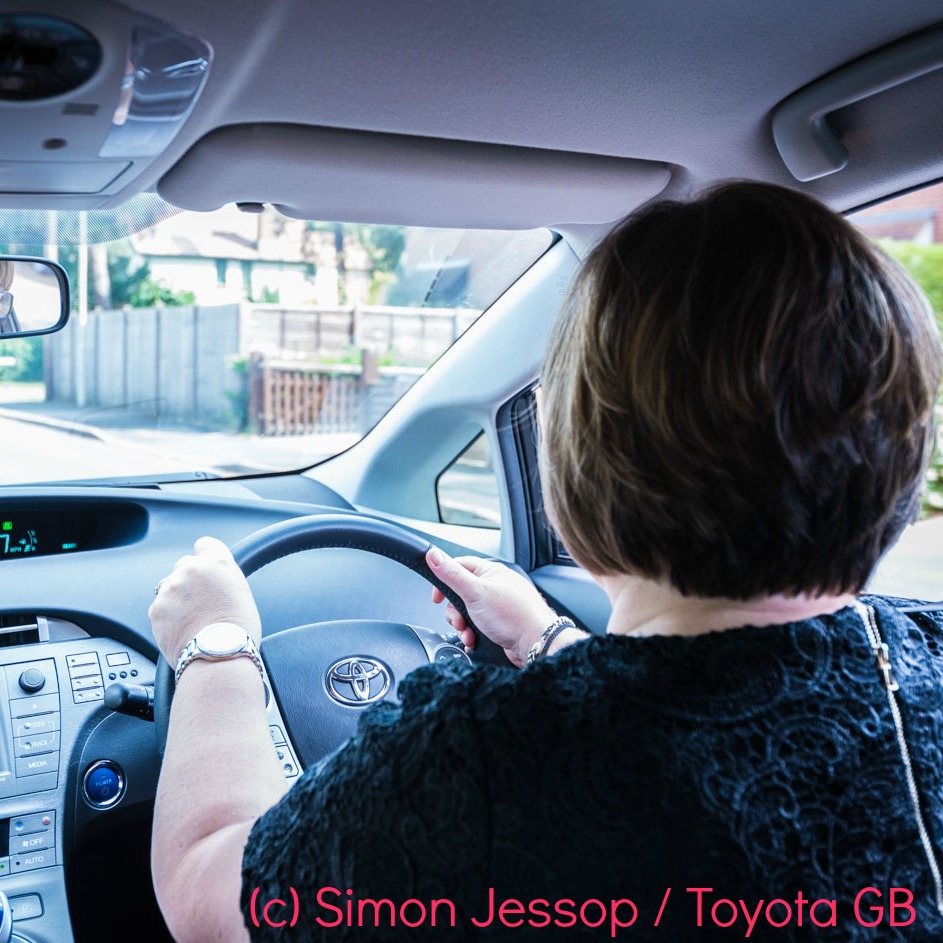 I think we all know that to be the case, don’t we.   But this time last week that was really brought home to me.   I was asked if I would like to be interviewed to “create content” for the Toyota blog following our loan of the Prius Plug-in.    I jumped at the chance, you know me, I love to talk.   Especially when it is about something I love.   Martini.   Baby kittens.   Cake.   Biscuits.  Hybrid engines.   You can’t shut me up these days.

“And we would like to send a photographer down to take some pics of you with the car and on the school run”.

At least we got to see the car again (and Jonnie got the ipad back that he left in it.  Hat’s off all round for honesty).

All joking aside it was great fun watching a professional photographer doing his thing.   Setting up shots, getting the lighting right, finding locations to make sure he got just the right picture.   Waiting on the opposite side of the road for not only a gap in the traffic, but for the sun to go behind a cloud so we didn’t any glare.   And then getting a shot that also had another Toyota passing the end of the drive.

Six hours in total.  Thankfully I wasn’t required for all of it but did get some odd looks as I sat at a junction nearby as Simon photographed me and we had to wave other cars past.   It caused quite  a stir for the parents on the lunchtime pick up!

Another experience to add to the memory bank, even if the photos do make my toes curl.    And once again we waved goodbye to the Prius Plug-in, this time for good.

Toyota Prius Plug-in Beats the Back To School Blues

A big thank you to Andrew Biddle for asking me to do the interview and to Simon Jessop for the photos.   If I had known beforehand that Simon had photographed Tom Daley I would have had a stack of questions!!!!