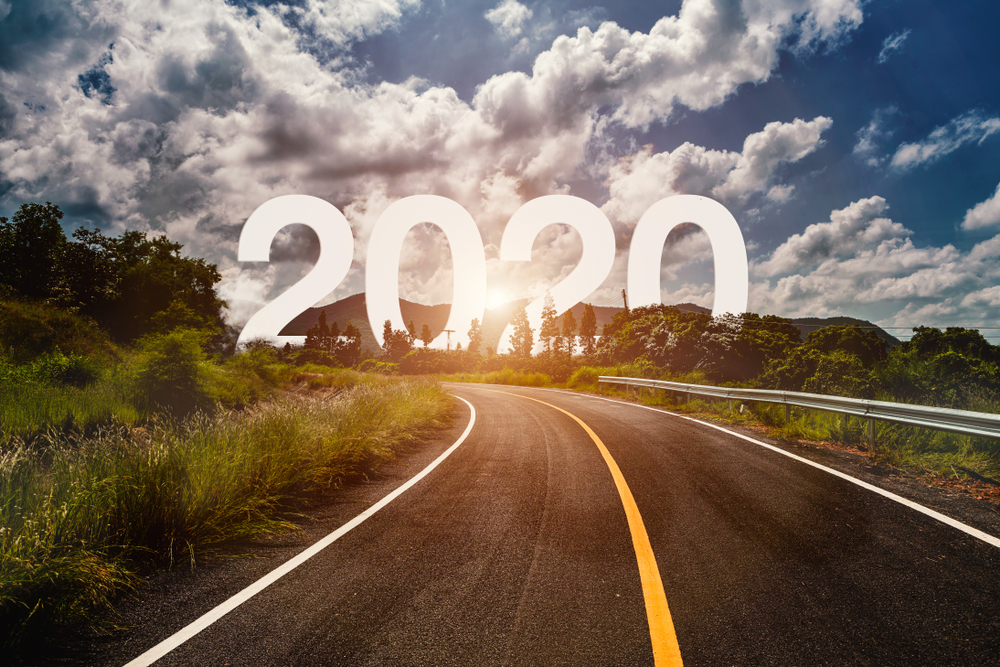 It is easy to look back at 2020 and say nothing happened, that life as we knew it was cancelled.  Whilst it might feel that way I was determined to document that absolutely wasn’t the case.   2020 was the year we became grandparents and will always be viewed as the year of Lily first and foremost, and that whilst Coronavirus obviously played a large part in all our lives we did manage to do other things too.

The highlight of this month was the opening of the Jim Barrow stand at Wilmslow Hockey Club.  If you don’t know already, my father in law, who passed away in 2019 was instrumental in Wilmslow Hockey Club becoming the club it is today.  Hockey was a huge part of his life and it was announced at his funeral that the stand he had helped to fundraise to purchase would be named in his honour.   We couldn’t have been more proud that there will now be a permanent reminder of his name at his second home, and it was an honour to see the ribbon cut by my mother in law.

We also managed two last minute nights away from home, the first at the Pig in the Wall in Southampton which was only booked at 4pm after a particularly stressful week.  It was us all over and I have missed these opportunities to be spontaneous.  I say spontaneous, I still look up the restaurant menu before we arrive so I can decide what I am eating before I sit down.   The second was a night in Windsor doing a tour of the Windsor and Eton Brewery and wandering through the town after dark. Oh how I miss those random nights away, it is such a privilege to be in a position to do them and whilst I always thought I would never take them for granted I do think I have to a certain extent because I really miss them now.

Days out included a lovely day exploring the Avebury Stones and a trip to Hinton Ampner, one of my favourite National Trust properties.   Little did we know  that even back in January Coronavirus was already possibly in the UK, running rampant through Europe and about to turn all of our lives upside down. 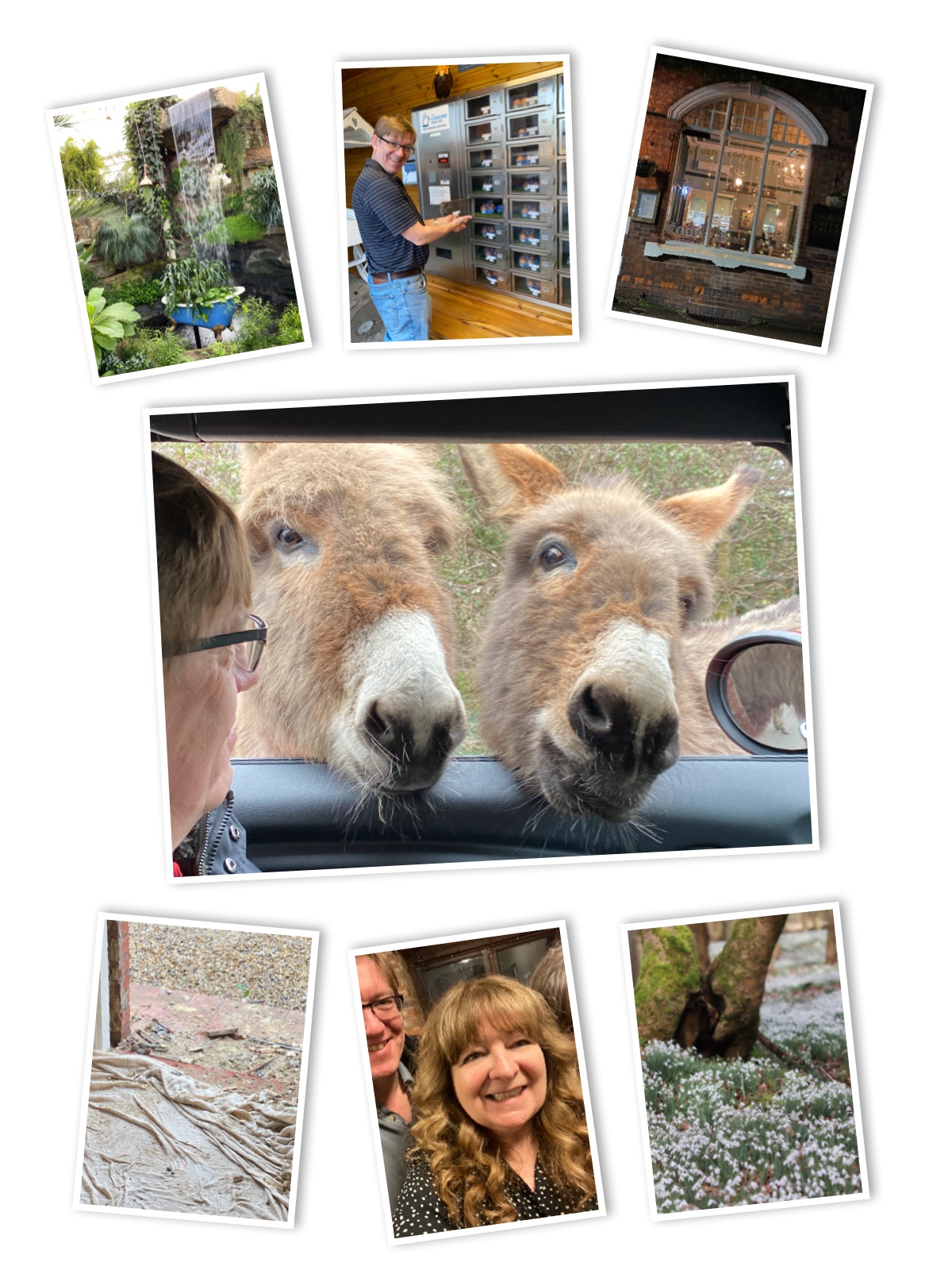 Little did we know that when we saw Janey Godley do her stand up gig in Farnham on February 28th it would be the last time we went out in the evening for months.  To be honest though a night of laughter was just what we needed and made us giggle even when we thought about it weeks later.    It was also the first and last time we could welcome strangers into our home, this time in the form of new front door fitters.  It had been on our list of things to do for months and we were glad it was actually able to go ahead before we were banned from having tradespeople in our homes.  Though the dog still hasn’t forgiven us for having it hinged on the opposite side and still stands waiting to go out on the wrong side.

Days out included a trip to Welford Park just outside Newbury to see the snow drops.   At that point it was “home of the Bake Off” and we had no idea that later this year the venue would move and the whole series would be filmed very differently.  We also had no idea how much we would love it for its complete escapism and reminding us there was life outside of Covid.  I so wanted Laura to win and am still sad she didn’t (though I am elated that Bill won Strictly in December!).   Wisley was the venue for another day out, this time with my dear friends Annie and Gemma, just before Gemma and her boyfriend left the UK for a new life of adventures in Scandinavia.  Annie and I have spent the last few months plotting a trip out to see them just as soon as travel is permitted again.  Wisley really was beautiful and I am looking forward to going to see the light show in January (unless it is cancelled of course, we have spent the whole year thinking things will be cancelled!).   We also had an afternoon down in the New Forest which is right on our doorstep but we so rarely visit which is bad of us as its beautiful.   Ponies roam freely and there is no point trying to rush, if they want to just wander the roads then you better believe you have to wait for them to move.

We did also get to Cheshire to see Bruce’s mum for the weekend, which is always lovely.  On the way back we stopped off at the Cheshire Egg Farm because they have a vending machine for eggs!  It is just the best thing and makes us smile so much when we drop our money in the slot and open the little door to pick up our freshly laid eggs.

We stopped off in Warwick on the way back down for a couple of nights away from home.  We were supposed to be in Germany staying in a spa hotel in the Bavarian mountains but Covid put paid to that and Mr B didnt want to cancel his annual leave so we booked an AirBnB halfway between Cheshire and home for a few days exploring Warwickshire.  It is always lovely to be a tourist when you are only two hours from home.  We vowed to do more of it, clearly not knowing it would be a while before we could!

We all sensed it was coming by March, full lockdown.  It was weird and and although not unexpected it did feel very strange.

I had managed to go to Westfield as one special final treat for Caity who had seen her entire maternity leave cancelled along with her baby shower.  It was lovely to have a girly day with both my daughter’s but it was very sad to see Westfield so deserted.   It will be heartbreaking to return next year and see how many places have had to close their doors permanently.

Poor old Mr Cheeks went under the vet’s scalpel as he had a golf ball sized lump removed from the top of his tail, and finally got his diagnosis of Cushings Disease confirmed.   The upside is that he is no longer peeing on the carpet, the downside is his medication would be £85 a month if we didnt have insurance for him.

It was the month of preparing for not going out again, where supermarkets ran out of everything from pasta to loo roll and the world was losing its mind trying to get flour and other basic food stuffs.   I can look back on it and smile now but at the time people were genuinely worrying that they wouldnt be able to get the things they needed.  Restaurants were closed, every day life as we knew it came to a shuddering halt.   We did manage to get to Costco and stock up on essentials and buy things that my daughters (who live with their partners) needed, or might in the coming weeks.

Sensing it would leave many vulnerable people isolated or unable to get their own groceries or medications local groups sprang up all over the country offering to help.  Notes with phone numbers were put through letter boxes, whole streets were added to WhatsApp groups, I signed up to be an RVS volunteer and we all came out on a Thursday night to clap for our carers.

In amongst all the doom and gloom of the month a parcel arrived for me that made me cry.  I had been chatting to a lovely lady on Instagram called Laura, who happened to be a potter.  She had seen me talking about mugs and how my favourite mug has very specific requirements.  Laura offered to make a mug to my exact requirements and ship it to me, all the way from the west coast of America.   When it turned up there was another mug beside it, for a day that needs a bit of sparkle, and they both immediately made me cry.

The kindness of strangers completely personified and every time I use them I raise them to Laura and social media allowing us to make these sorts of connections.   Social media became increasingly important for us all and enabled us to all keep in touch, check in and make sure loved ones were okay. 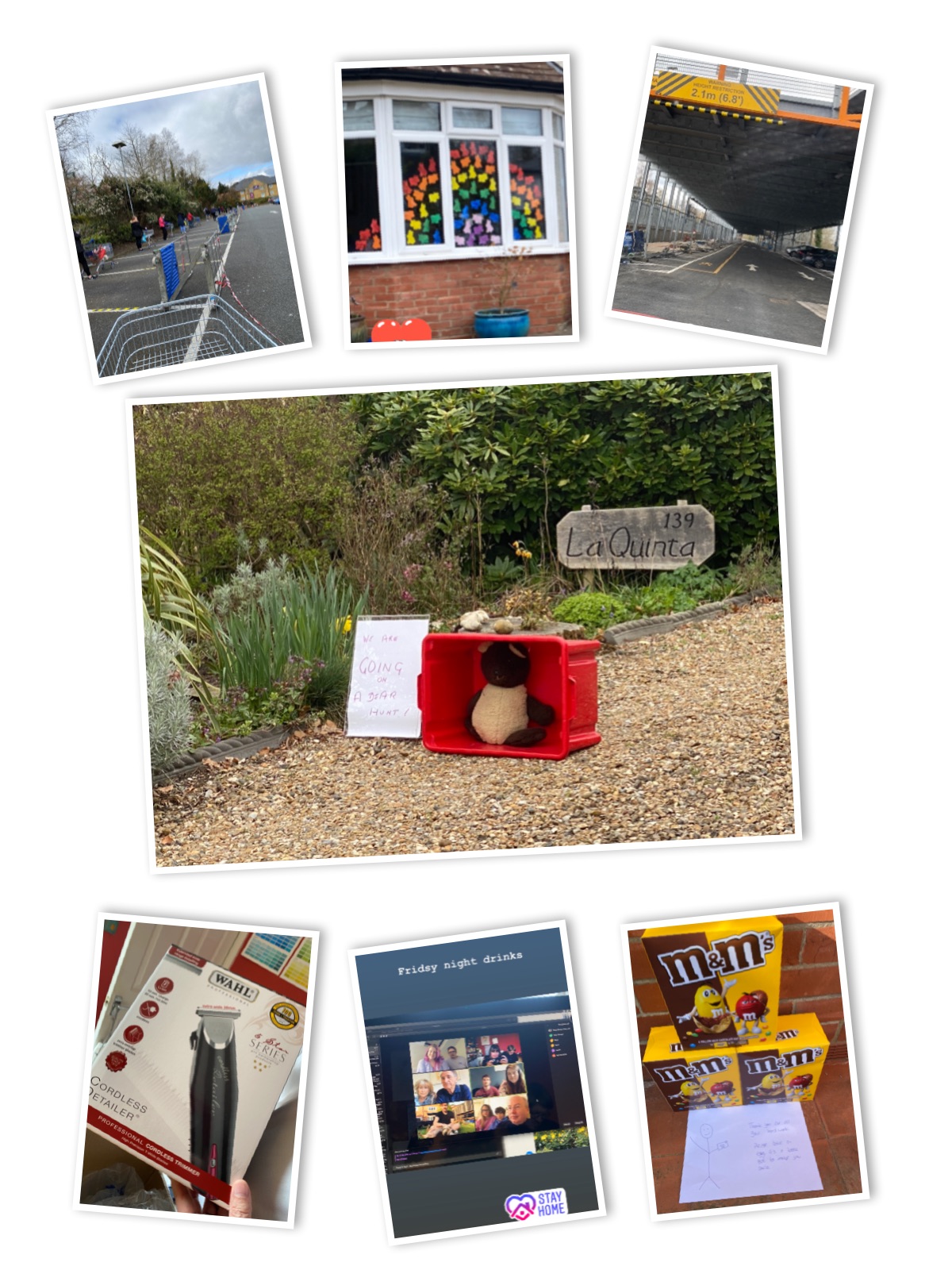 The month where we all got used to using Zoom.  Everything from Friday night drinks to every meeting that had been in our diaries, to pub quizzes with a bloke called Jez who went on to raise hundreds of thousands of Pounds for charity and got a mention in the Queen’s birthday Honours.   As did Captain Tom Moore of course.  How could we forget 99. year old Captain Tom who set out to walk 100 laps of his garden to raise £1000 and ended up earning in excess of £39 million and being Knighted.   I am determined to remember these sorts of stories when I look back on 2020, ordinary people doing the most extraordinary things.

Or in fact simple things that made the rest of feel better, decorating windows with rainbows, leaving toys out to wave to passersby.   We left Easter eggs out for posties and delivery drivers who had become key workers overnight and made us appreciate them even more than before.

I have always adored my hairdresser, Billy, but bloody hell did I love her even more when I couldn’t see her for weeks on end?  Bruce bought himself some clippers and offered to do my fringe for me, I will spare you my response.

Looking back through my photos (I am not kidding when I say I have roughly 1000 a month on my phone camera roll) reminds me of all the cooking I did, the strolls round the garden, the appreciating the sun shining so we could sit outside and now the lights are on by 4pm and the curtains firmly drawn by tea time I am really looking forward to spring, even though I am normally a winter person.

Have you ever read a book that has really got unde